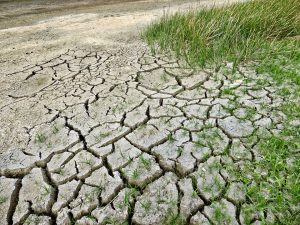 Words like ‘climate change’ ‘environmentally friendly’ and ‘global warming’ have all become somewhat cliché over the last 20 years or so. It always seems the point about trying to reduce our carbon footprint or the impact on our environment has become a bit labored, especially as car manufacturers and oil companies continue to do what they do without showing any signs of slowing down.

Cynicism aside though, it is an indisputable fact that climate change is at the very least a ‘real thing’, whether or not you ascribe the blame to the actions of mankind or the natural cycle of nature, there is no denying the impact it will have, and in fact, is already having on our every day lives.

From the point of view of lawn keepers and gardeners, those who have been in the game a while will have already noticed the advent of spring has crept forward several days over the course of the last half century, and this is a trend that is set to continue. Likewise these days it’s not unusual for the summer season to continue into September and beyond, and you might even find yourself mowing the lawn as late in the year as November.

These effects are a result of rising average temperatures, and here in the UK the prediction is that drier, longer summers will become the norm within the next 30 years or more, with average summer temperatures reaching averages of 34-35 degrees centigrade in the south. One upshot of course is that plants we have grown to love will no longer be able to thrive in our warming climate. Instead we will have to adapt to dusty soil dwelling Mediterranean plants such as agave.

It’s predicted that Northern England and Scotland will fair better than the south, with milder, wetter summers becoming the norm. Here gardeners will enjoy a longer growing season as well as less extreme winter temperatures, which is probably better news for you if you do live in this part of the world.

As interesting as all this is, it does highlight the alarming rate of change the planet is going through. In the short term it means being prepared for altered seasons and different plant choices, but with rising sea levels as a result of molten sea ice, there could also be far greater problems on the not too distant horizon. So as irritating as it can be to hear, it is important to do what we can to try and reduce our impact on the environment, particularly with regard to our carbon footprint, even if the multi nationals aren’t doing their part!