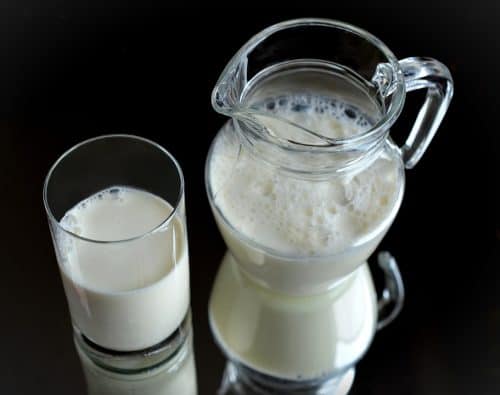 Known for its health benefits, milk is a staple of diets across the world, but what you probably don’t know is that milk is also a pretty effective plant fertiliser.

Whilst these might seem like the words of a mad man, it is in fact completely true. In fact milk has been used as a fertiliser for centuries, long before the advent of man made products. Among the many benefits of milk are its vitamins, proteins that promote healthy growth and development, as well of course as milk’s most famous component calcium, a key component in ensuring the health of many plants. It’s easy to spot the effects of calcium deficiency in many vegetables by their failure to grow to their full potential, or by their tendency to develop end rot.

Besides the nutritional benefit to the plants themselves, milk also has the ability to act as a pesticide, deterring aphids and other pests, and also has anti fungal properties.

What You Need to Know About Using Milk in The Garden

Before you rush out and clear your local supermarket of their entire stock of semi skimmed however, it’s important to realise that milk isn’t a miracle elixir, and if you were to use too much of it you might find that when it spoils it could do more harm than good, generating an unpleasant odour, or rot in some cases.

Therefore it’s better to think of milk as a part of, rather than the sum of your fertilising efforts, but it can indeed be used to great effect.

One of the really great things about milk is that it doesn’t matter what type you use, or whether it’s in date or not, you just need to use it sparingly, and it’s also advisable to use it with equal parts water, to avoid any of the issues mentioned above.

Milk can be applied both directly to the leaves of the plant, or around the base. You’ll find the milk creates an odour for a few days after application, but this should soon pass once the milk has been absorbed by the leaves or roots.