Does your heart sink a little every time you have to dig out the slug pellets? Those little nuggets with their artificial blue and green hues don’t exactly smack of environmentally friendly pest control, but what choice do we have when faced with a relentless onslaught of slimy invaders?

Well as is so often the case, nature already has a solution to all of our pest management problems, we’ve just chosen to ignore it in favour of all the readily available man made alternatives.

The answer lies with some rather innocent looking microscopic worms. Known as nematodes, these biological pest controllers aren’t actually anything new, they’ve been used in industrial agriculture for many years, but have only in recent times become available to the public. 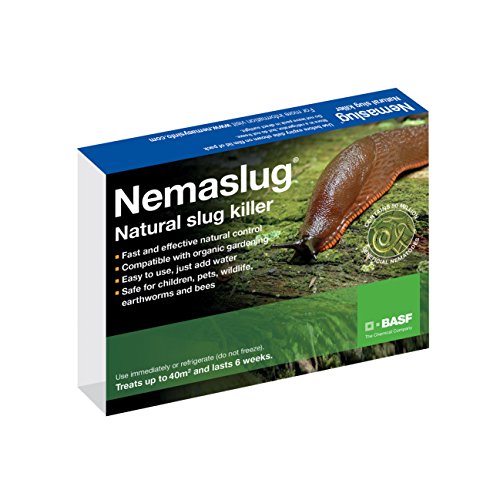 How do they Work?

Nematodes are a completely natural phenomenon, there are already countless numbers present in your lawn, although still not enough to carry out any effective pest control. There are many thousands of species, and many are adapted to target a specific host. The most popular variety with consumers attacks slugs. They do this by infecting the slug with bacteria which then kills it within a few days. The Nematodes then consume the dead slugs carcass and produce offspring who then go on to repeat the process again and again. The best thing about the whole process is that the nematodes target the slugs whilst they are underground, so you won’t have a patio littered with dead slugs to worry about.

The great thing about nematodes being specifically adapted to certain species is that they have absolutely no effect on anything else. So should you choose to use slug specific nematodes you can be assured that they won’t have any effect on pets, children, yourself, or any other wildlife in your garden.

Advantages of Nematodes over other forms of pest control

Commercially available nematodes are designed to be mixed with water and applied either using a watering can, or for much larger areas, with a special hose pipe feeder. The latter is the ideal solution if you want to cover your whole garden. Either way it’s simply a case of mixing the nematodes with water, applying the mixture and leaving it to do its thing. It’s a good idea to apply in the evenings as the solution is less likely to dry out overnight than it would in the day. Once you’ve applied the nematode/water mix it’s a good idea to then give the area another thorough watering to wash the nematodes deep into the soil where they can get to work on the slugs straightaway.