We’ve touched on the negative effects of having slugs roaming around your garden in previous posts, particularly in our discussion of how to combat slugs with nematodes, but are there actually any benefits to having these slimy gastropods slithering over your patio?

Benefits to Having Slugs in The Garden 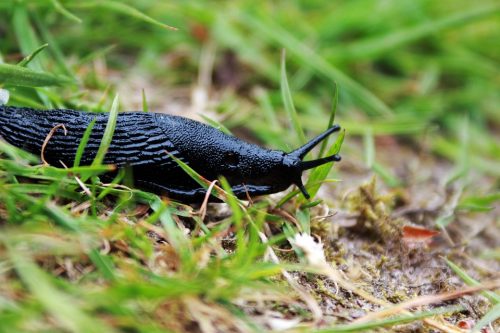 Granted slugs are known for leaving slime trails over half eaten leaves, but it’s this tendency to ‘go anywhere and eat anything’ that actually makes them very useful. If indeed they do eat through leaves, it’s probably because they were already damaged, as slugs favour organic matter that is already in a state of decomposition. So if you’ve got rotting wood or leaves lying around it might actually be quite useful to have slugs do their thing with them.

Believe it or not certain species of slug are your friend when it comes to protecting your vegetable patch. The large Limax Maximus slug will actually devour snails that take a liking to your rhubarb, as indeed they will insect larvae, maggots and other unwanted guests.

Slugs are also someone eleses lunch. As long as you want other wildlife such as hedgehogs and birds to frequent your garden you probably want to leave the slugs there to give them something to eat. The food chain is a perfectly balanced system which can easily be disturbed, even if you have no intension of doing so.

Besides not being as much of a pest as you might first have thought, slugs also carry a lot lot of free educational value, for children in particular they’re a great insight into the marvels of nature. Observing the mechanics of how a slug effortlessly glides using precise muscular contractions of its ‘foot’, or their eyes, positioned as they are on the end of stalks in a truly other worldly fashion, there’s a lot to be learnt about the vast biodiversity of the planet just by looking at a humble slug.