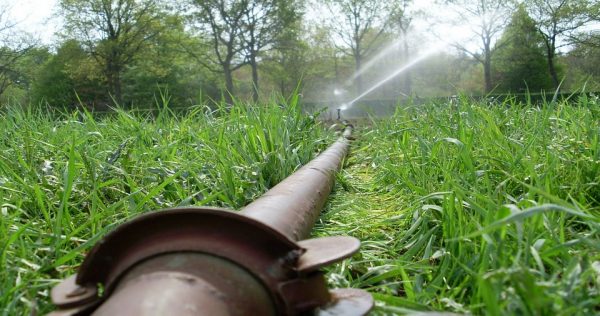 I know what you’re thinking, it sounds like a made up word. Well you’d be right; it’s actually a portmanteau of the words fertilisation and irrigation, which should provide you with a fairly large clue as to what fertigation is all about.

Essentially the practice of irrigating (watering) an area whilst at the same time introducing nutrients, fertigation as a concept has been used in commercial agriculture for many years, but has only recently been adopted by the domestic market.

Fertigation is pretty simple in theory, just think of it as watering with an added kick. None the less it’s slightly more difficult to set up in practice, so let’s have a look at the distinct advantages and disadvantages of investing in a special fertigation system.

Fertigation is certainly the most efficient way of fertilising you lawn or garden if you already have, or can afford the required infrastructure. If you’re starting from scratch it can be a much more daunting task, but it’s certainly possible.

You can check out our guide to creating your own irrigation system here. This would be a good starting point before undertaking further research to see whether the practice of concurrent fertilisation and irrigation is the way to go for you.