It’s not often that a successful product can be described as ‘innovative’ in the purest sense of the word, most of the time people are naturally weary of something that deviates too far from what they’re used to, and the idea never gets much beyond the prototype stage. This can be a great shame, particularly if the product solves a genuine problem that would benefit people and make their lives easier.

An exception to the usual grim fate suffered by most completely fresh ideas, Garden Groom tools are, quite remarkably, a range of products that tackle an everyday problem from a completely different angle, but yet they exist as part of a healthy and successful brand, now in its second decade of trading.

So what are ‘Garden Groom’ Tools? 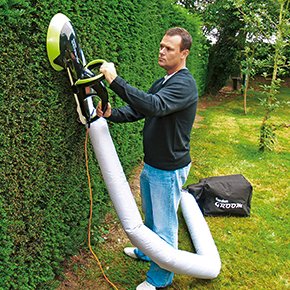 Anyone who’s ever cut a hedge or trimmed the edge of a lawn will know that the ‘cutting’ part is only half the story. The real chore comes after you’ve finished trimming and you need to collect up all the loose trimmings to be disposed of. This is a tedious process and usually involves raking up piles of trimmings and bagging them up by hand. What the Garden Groom aims to do is cut out that stage in the process entirely by collecting up the trimmings as you go. Simple right? Indeed it is, as all the best ideas are.

How does it work?

A normal hedge trimmer works on the principle of reciprocating blades cutting like a series of pairs of scissors, which works well but the main problems with this are that the trimmings require collecting afterwards, and the safety concern over the potential to cut through the power cable if the trimmer is electrically driven. To overcome these problems Garden Groom products use an enclosed spinning blade that only cuts material that directly intersects the blade perpendicular to it. This means there is almost no chance of cutting through the power cord. The enclosed blade also serves the purpose of containing and redirecting the trimmed material into a hopper on the rear of the tool, or into a collection chute and bag. It really is such a simple idea, it’s unbelievable no one thought of it sooner!

Currently there are four Garden Groom product variants available, and all work on the same basic principle of an enclosed rotating blade and specially designed catching mechanism. 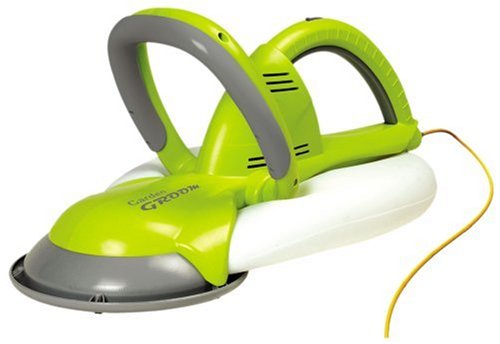 This is the embodiment of the original garden groom concept and a great all round solution if you don’t have a large amount of trimming to do. At just 2.7kg in weight, this trimmer has been designed to be accessible to people of all ages and sizes, and also features two large handles that enable you to hold it in a position that suits you.

If we had to pick out an obvious drawback it would be that the cutting and collecting mechanism doesn’t favour long trimmings at all, so if you’ve got a particularly ragged and overgrown hedge, it would be wise to keep it regularly trimmed to avoid problems of the device getting clogged up with long trimmings. 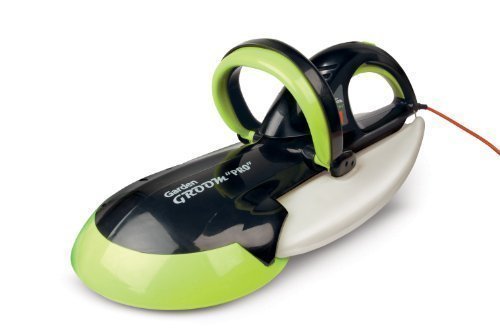 A step up from the original Garden Groom, the ‘Pro’ version has a more powerful 500 Watt motor compared to the original’s 300 Watt motor, along with a 12″ cutting blade and a larger trimming collector, this model is geared up specifically for use on larger hedges and hedgerows, and also lends itself to using the supplied tube and bag to collect the trimmings, given the increased amount of material the trimmer will cut.

The Garden Groom answer to a long handled trimmer or strimmer in one compact unit, the Versa trim is great for cutting not only hedges and shrubs, but can also be used in lieu of a strimmer for cutting lawn edges and other areas a lawn mower would struggle to reach. An all round tidy garden should be the order of the day with this versatile tool by your side.

More akin to a single hand held shrub trimmer, the ‘Garden Barber’ is a cordless trimmer designed for regular pruning of small areas of hedging. This trimmer has a much smaller cutting head than the larger Garden Groom products, so it’s no good for large hedges, but it’s great for detail work.

Of all the garden groom products this is perhaps the most gimmicky, yes with the bigger more powerful trimmers it makes sense to be able to collect trimmings given the great swathes which are produced, however when it comes to a much smaller trimmer such as this the amount of noticeable trimmings are far less, so you might just as well stick to a standard shrub trimmer for sort of jobs this is designed for.